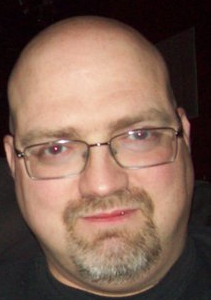 Steven Scott Smith is a neo-nazi and founding member of the Keystone State Skinheads, as well as Keystone United, and has remained heavily involved in the leadership and activities of both groups. Smith is also leadership in the Pennsylvania chapter of the Council of Conservative Citizens, a vile hate group with an innocuous name that originated with the White Citizens Councils of the Jim Crow south. Smith is a longtime National Socialist and bonehead. Smith lives in Pittston, PA.

We have written extensively on Smith over the years, and his history as a racist and neo-nazi is a matter of public record. Smith was in the Army, then joined David Duke’s KKK, following Duke to the “Natonal Association for the Advancement of White People,” and again to the organization EURO. Smith also was involved in the Aryan Nations for a time with his longtime friend going back to the Klan days, Charles Juba. Smith wrote fondly on the nazi message board Stormfront of “going way back” with Juba, as well as convicted child molester August Kreis, and their “proven track records.” Locally, Smith founded and/or took on leadership roles in KSS, KU, CCC, and several other “white civil rights” organizations….

This has been a long time coming. For the next 30 days, every day, we will be profiling/exposing a member or supporter of Keystone United (KU) and Keystone State Skinheads (KSS). We will be largely concentrating on Pennsylvania fascists, with a few exceptions.

Every fall, KU/KSS comes to our city in secret and attempts to hold a march, rally and party to varying levels of success. They hold this event under the auspices of a “Leif Erikson Day Celebration.” Their logic being that Leif Erikson was (allegedly) the first “white” man (even though whiteness as a label was not a thing at the time, and Erikson would have considered himself Norse with no allegiance to Whiteness) to form a settlement in this hemisphere, and therefore began what they see as the rightful domination of these lands by the settler-colonial empires of Europe.